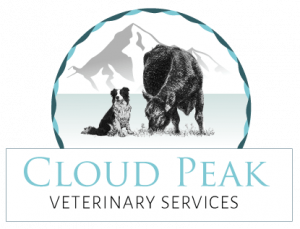 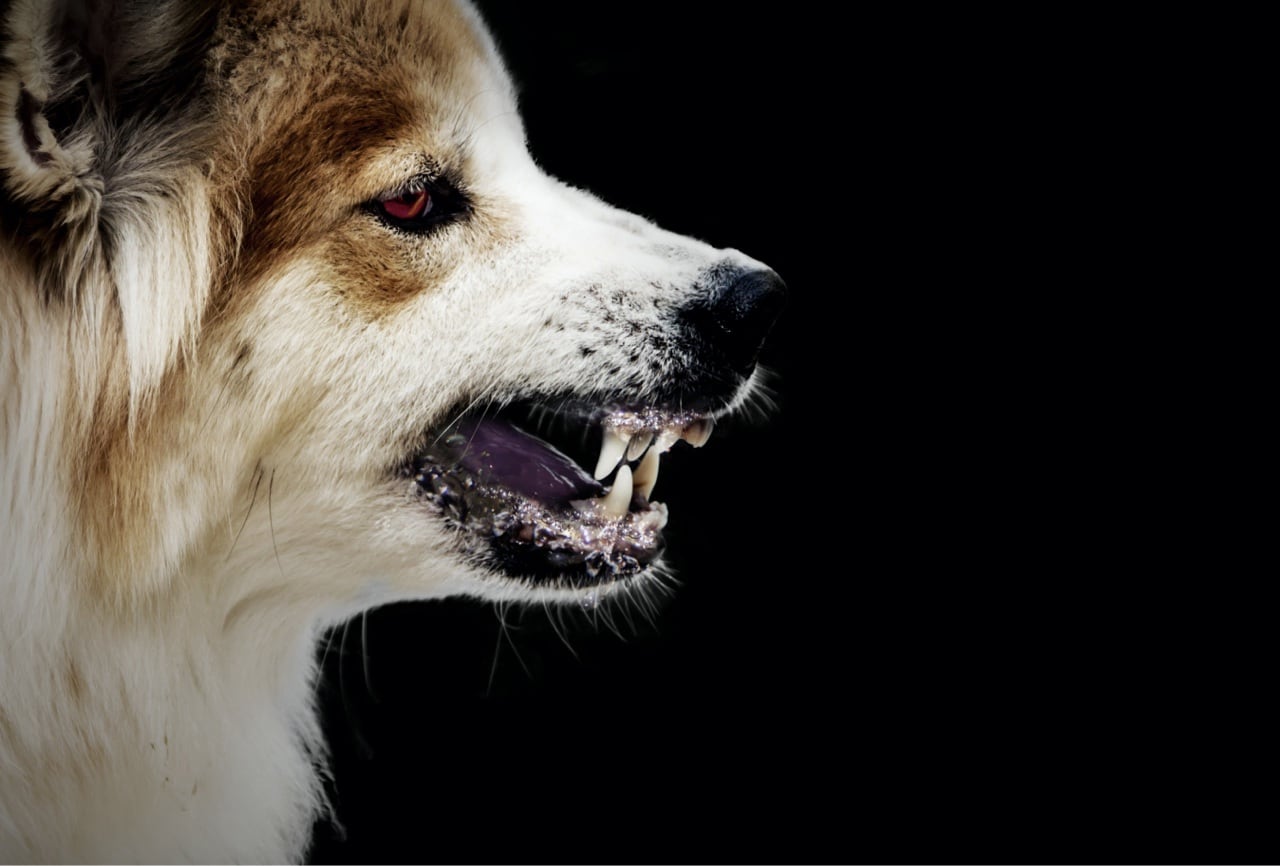 Dog Rabies 101: Making Sure Your Pup Is Safe

Rabies is a serious and fatal disease. But, the good news is that it is entirely preventable! Because your pet is more likely to contract it than you, the following article is largely about how it can be spotted, treated, and prevented in domestic canines.  If you need any immediate help with your animal, please call us or visit our website to look at the options. (And if you are concerned about contracting rabies,  please visit the official CDC website to learn more.)

Back to the dogs! As a dog owner, being aware and having the correct information about how to not only treat rabies, but to prevent it, is important knowledge to have. To begin, it’s important to know that the rabies disease largely “lives” in the saliva of the rabid mammal. The virus can be transmitted through bites and scratches from a rabid animal. The bite will transfer saliva to the victim, which is straightforward. However, an animal can also transmit it through a scratch –  that’s because animals frequently lick their paws and that saliva can get into their victim’s system. When the victim is first bit or scratched, the rabies will first go to the peripheral nervous system. This nervous system is everything outside of the central nervous system (the brain and spinal cord).  From there, the disease will continue to reproduce and spread until it gets to the salivary glands. Then, it takes over the dog’s saliva and it becomes contagious. But how do you know if your dog has rabies? Let’s chat about it in the next section.

The way that your dog’s immune system interacts with the disease is dependent on a couple things. To know how quickly symptoms will appear, take note of where the bite happened. The disease will have a faster rate of incubation if the bite/ scratch is closer to the head/ neck region. The severity of the wound is also important. If it is really deep, more saliva will be transferred, so the likelihood of the disease entering your dog’s system increases.

Once your dog has been infected, the incubation period varies, depending on the things we mentioned earlier. The normal incubation takes from three to six weeks, however there are cases that range from nine days all the way to a couple years. The surest way to know if your pet has rabies is not on the incubation period, but the actual symptoms. There are different phases of the diseases and different symptoms with both. They are laid out below.

The Two Phases of Rabies Symptoms:

The first phase is a drastic change in temperament. For example, if your lab, Winni, is normally a very happy dog who loves to play, but becomes aggressive or agitated, then you know there’s a problem. And it works on the opposite end too! If your great dane, Moose, is normally a very shy dog who does not like to play becomes more playful and active, then you know that something is amiss. It usually means rabies.

The second phase could be one of two things. Keep in mind that both of these phases are fatal, so it is best to seek immediate medical attention. The most common phase that a dog will go through is something called “dumb rabies.” This is more paralytic than the other one. Slowly, the body is overtaken by paralysis. The limbs and face are the most obvious areas to actually see the paralysis take over. The infected dog’s face will distort into faces they do not normally make. The paralysis spreads to the throat, which can make it hard for the dog to swallow. Eventually, the dog becomes comatose and will then die. This is by far the more “pleasant” phase of rabies. The other phase is called “furious rabies.” This type is a lot closer to the media’s representation of rabies. Dogs with furious rabies are extremely aggressive, highly excitable and have a depraved appetite. A depraved appetite leads them to show signs of pica. Pica is when people or animals have a craving for something that isn’t in their normal diet and is not normally consumed. Pica for a pregnant woman could be that she’s eating clay. Pica for a rabies-infected dog would include earth, stones, and trash.  In this phase, the dog does not become comatose like the last option, but rather their death follows a very violent seizure. As discussed, both phases end with you having to bury your pet. That’s why veterinarians take it so seriously.  You may be asking, “What can I do to prevent rabies?” Let us answer your question in the next section!

Unfortunately, there is  no 100% effective preventative for rabies.  However, there are things that can be done, like the rabies vaccine, or keeping a special eye on your dog. Keep in mind that most states require a rabies vaccination, and if yours doesn’t, please consider looking into it anyway. It is essential to provide your pet with the best life they can have, and preventatives help them get there! Vaccinating your pet against rabies is essential to their health and to the health of your community, both human and animal. Keep their vaccinations  up to date.  The vaccine works by producing antibodies in your dog’s system. The antibodies start to decrease after a certain amount of time, which is when you should get it updated! For puppies that have never had the shot before, it’s important to get it updated a year after the first one. For dogs that have already had the vaccine in their system, it will need an update three years from the most recent one.

Unfortunately, there is no cure for rabies. In short, it is nearly impossible  to get any antiviral drugs to the brain, which is where the disease ultimately resides. In fact, the virus will convince the immune system to fight itself and not the infectious cells. If you’d like to learn more about the science behind the lack of treatment, please refer to this article! The bottom line: prevention is the most important step to take. Please reach out to us with any questions or concerns. We are here to keep you and your furry family members healthy and safe! 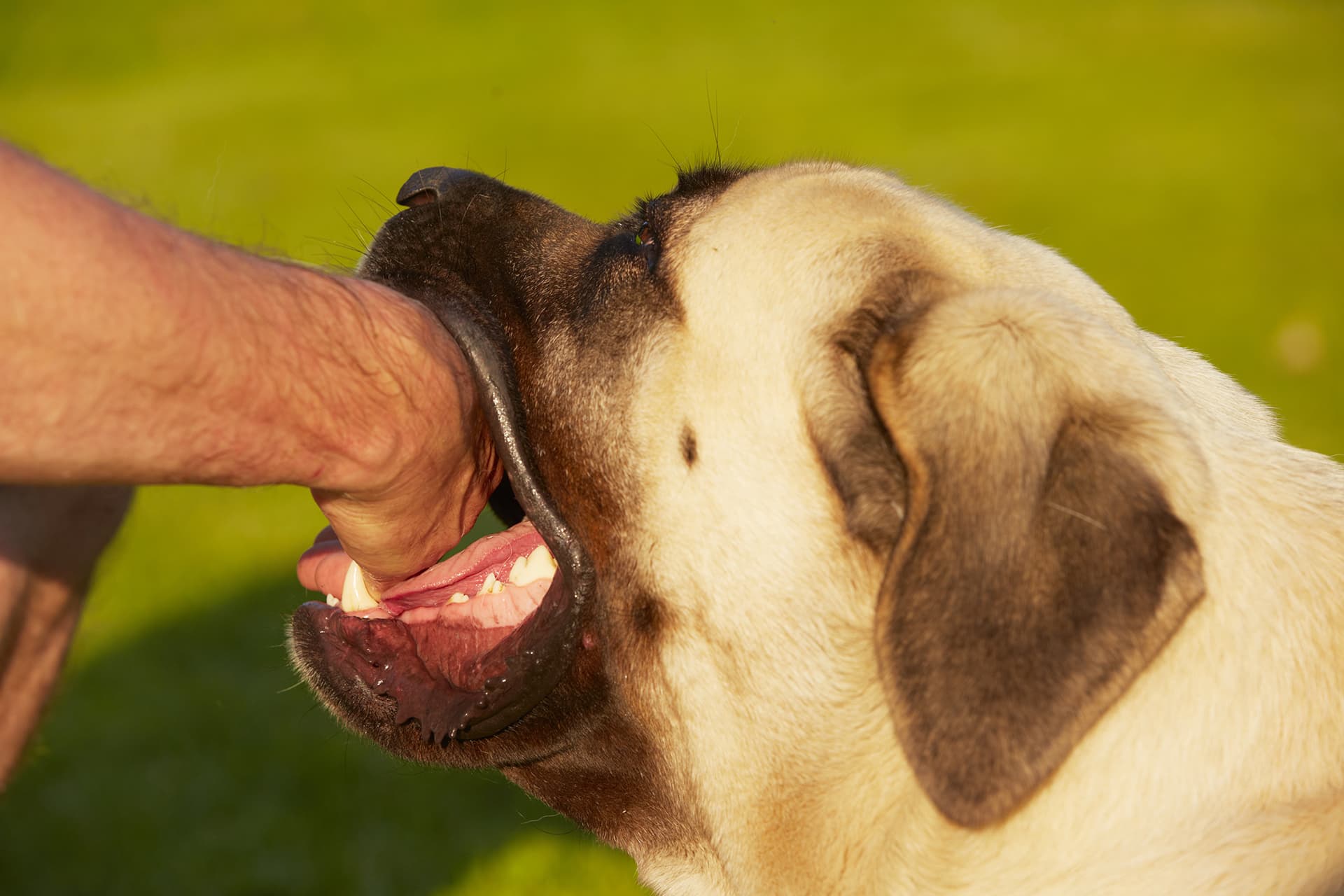 April is Dog Bite Awareness Month, and Cloud Peak Veterinary Services would like to share some information about this topic.  Keep in mind that there 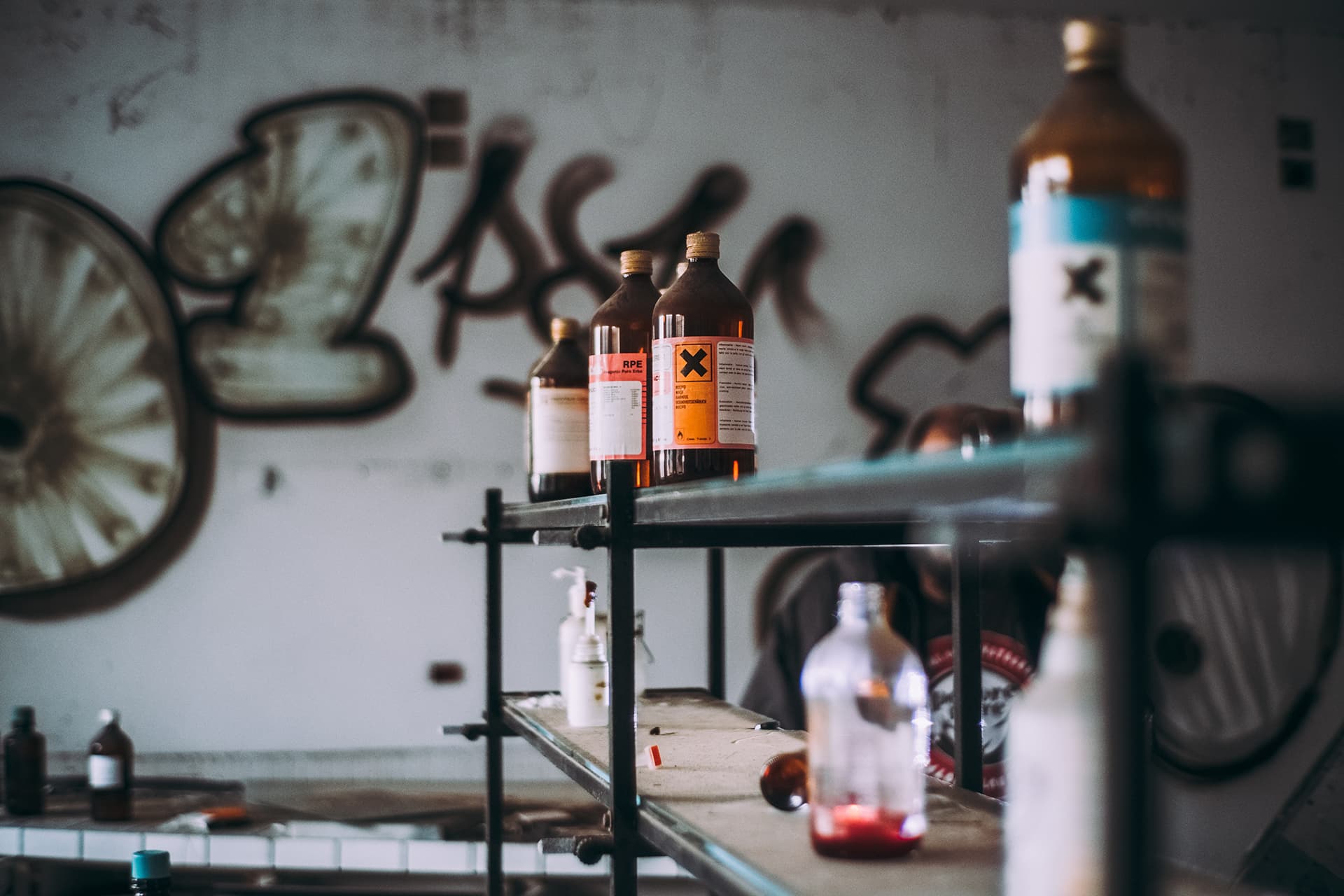 Danger: The Toxic Effects of Rat Poison in Pets

Do you have a rodent problem? Do you have small creatures in the house that will eat the poison, even if it is NOT for

How to Keep that Winning Smile Bright and Healthy!

How often do you go to the dentist? Do you brush your teeth daily and keep up with your dental care? We are sure you 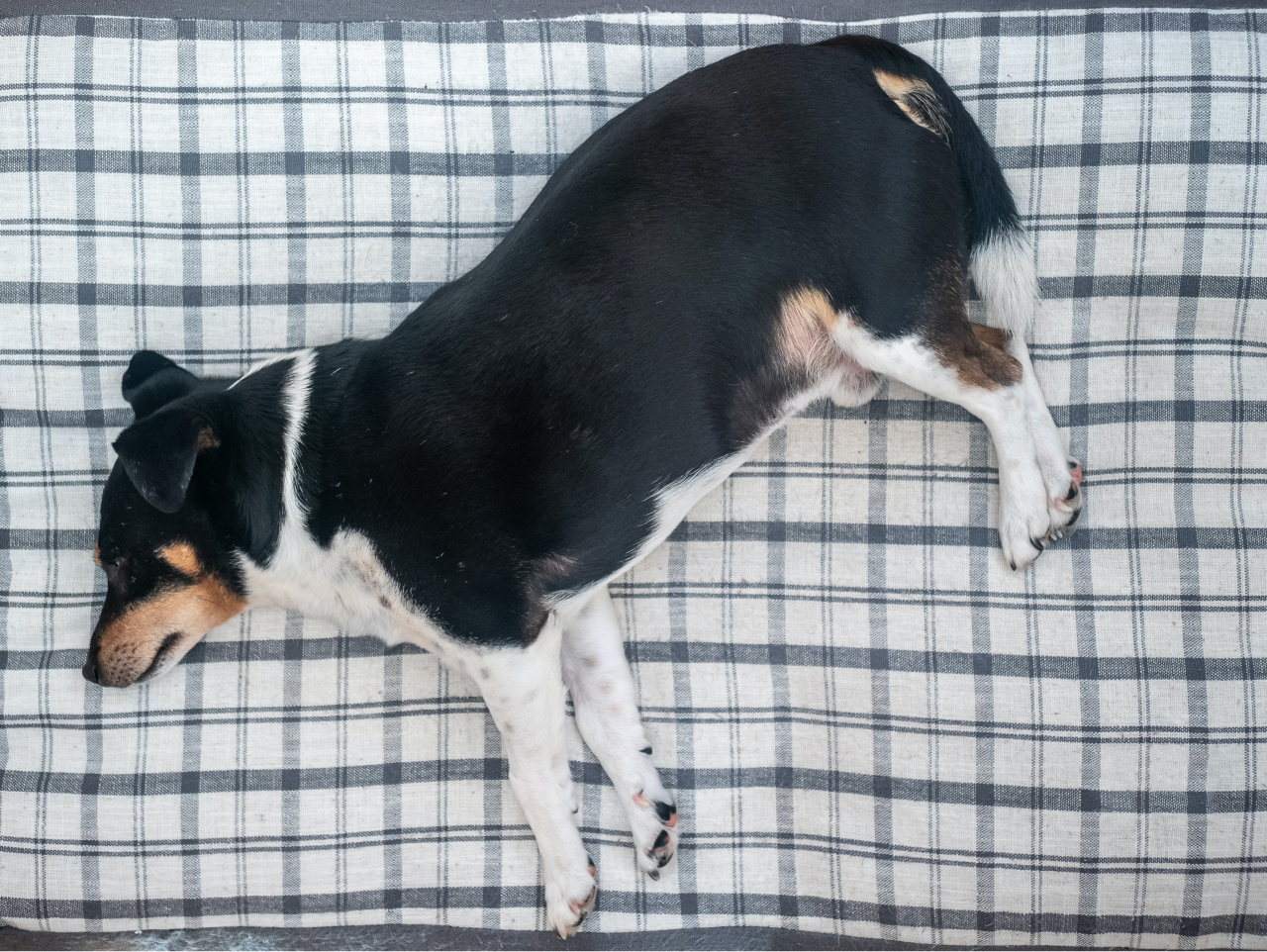 Pour Some Insulin On Me: Pet Diabetes and What You Can Do to Help

Diabetes is more commonly known in humans, but pets are also at risk for the disease. There are plenty of pets that are being treated

Dog Rabies 101: Making Sure Your Pup Is Safe

Rabies is a serious and fatal disease. But, the good news is that it is entirely preventable! Because your pet is more likely to contract